Gravity As The Therapist

What is Structural Integration?

On rare occasions throughout history, a visionary individual forever changes an established paradigm.  Ida P. Rolf (1896-1979) was such a person.  Her lifework demonstrates that the human body is not what we have taken it for.  Even though this post-Victorian woman with a PhD was born in the 19th Century, her work is more relevant than ever here in the 21st Century.

The 21st century calls forth a new vision of what a body is. This gives us new therapeutic tools.  One such tool is Structural Integration, the legacy of Ida P. Rolf. She cleverly designed a previously unknown way to intervene into the body structure and brilliantly packaged it for easy consumption in the 21st Century.  It is a unique form of human touching and therapeutic intention that redefines some of the basic definitions of what it is to be human.

If standing and walking upright is a unique attribute of being human, most people fail the audition. Observing at any mall, beach, market or airport reveals that supposedly “upright” humans are losing a war with gravity that they don’t even know they are fighting. The casualties show up as swayed backs, hunched shoulders, depressed ribcages, protruding necks, crooked legs, poor posture, chronic pain, scoliosis, joint replacements, disk surgeries, medical expenses and lost work.

Why do bodies hurt? There are many reasons but if you keep asking why? long enough, the underlying answer is the collapse of the body in gravity.

We are made of a connective tissue called fascia, which is quite literally the body fabric.  Fascia has a special consistency to it; it is plastic. Plastic means neither liquid nor solid; more something in between like a thick gel.  Over time and for many reasons, the fascial web changes the density and direction of its fibers until the body’s vertical alignment with gravity is lost.  Coincidentally, the body loses its balanced movement with its alignment.

Structural Integration is a way of using gravity, balanced movement and the body’s natural plasticity as tools to align and integrate human structure. We align the body segments (head, shoulders, thorax, abdomen, hips, knees, legs, feet) around a vertical line so that gravity supports, maintains and nurtures the body in 3-dimensional space instead of breaking it down.

This is a revolutionary concept because the 20th Century paradigm of bodies is that they break down and fail with use and age.  Our 21st Century paradigm is that bodies can be put together and experience a level of alignment, balance, order, function and comfort not recognized in our culture.

Structural Integration is not just about fixing this or that ache or pain; we see that happen every day because it is coincidental with balance and order. In the 21st Century, people want to live longer.  If you want your body to dance on its100th birthday, now is the time to get right with gravity.

The pervasive discomfort that humans feel in their body screams that our evolution to uprightness is not complete. Given another several thousand years, we might get there.

Consider this:  Structural Integration is a gift to Planet Earth from Ida P. Rolf that can give your body structure thousands of years of evolution in 10 hours.

Now that’s what I call express service for the 21st Century. 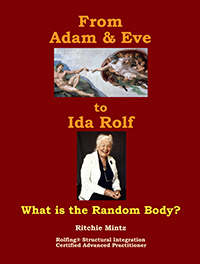 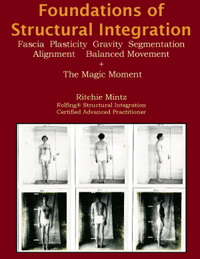